Is Louisiana French a Cajun or Creole Dialect? 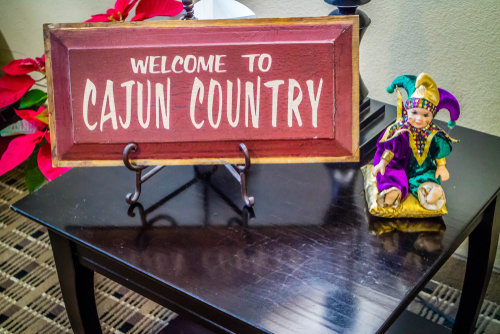 Generally speaking, language experts prefer the label Louisiana French, as it is more inclusive of the complex dialects and varieties of Acadian French spoken in the area. The Acadian people of Louisiana were descendants of French Canadians who settled in the southern areas of the state to fish, hunt and farm. When Canada fell to British rule some 150 years later, the Acadians scattered and formed communities with multi-cultural influences in deeply rural settings of the swampy coastal regions of Louisiana. The term Cajun was borne and primary used with derogatory meaning until it was proudly reclaimed during the Cajun Renaissance of the mid-twentieth century.

Although the word Cajun is also used in reference to music, food and other cultural influences, the term Creole is even more complicated. French Creole is a term of identification for people of color of mixed African and European descent. Like French Cajuns, these are largely members of families who came to the area during colonial days. So, Creole in Cajun Country refers to a francophone African-American of mostly rural or cowboy culture. Once again, Creole food is similar to Cajun cuisine but, in older recipes, tended to be a bit spicier. Creoles and Cajuns living in the City of New Orleans have played an important part in the development of art, music and social life making New Orleans a unique metroplex.

Centuries later, most Cajuns in the southern areas of Louisiana under the age of 50 do not speak French, nor Cajun French as their first language. However, since most have grown up speaking some French with mistranslated English phrases, the language can be difficult for outsiders to understand all the verbal nuances. Since languages evolve to fit the needs of its speakers, Cajun English is commonly used. Cajun English is mostly American English with a smattering of French words and French syntax. Cajuns and Creoles love to add colorful idioms with cross-cultural expressions. Cajuns love to joke and often use a mix-bag of dialects in making themselves appear fun loving and foolish.

The smart way to enjoy the best that Cajun French, Creole French or Cajun English has to offer is to visit rural areas of southern Louisiana. We should point out that New Orleans is not the Capital of Cajun Country, so mingle with the locals in smaller communities and talk to the native speakers in person.

I simply gave Rosie a list of the various languages, the estimated number of attendees and a description of the room layout. In a very short period of time I had a detailed quote with multiple options in my inbox. We host monthly meetings and ProLingo never fails to impress.
- K.H., The Darden Group

Get a Free Quote